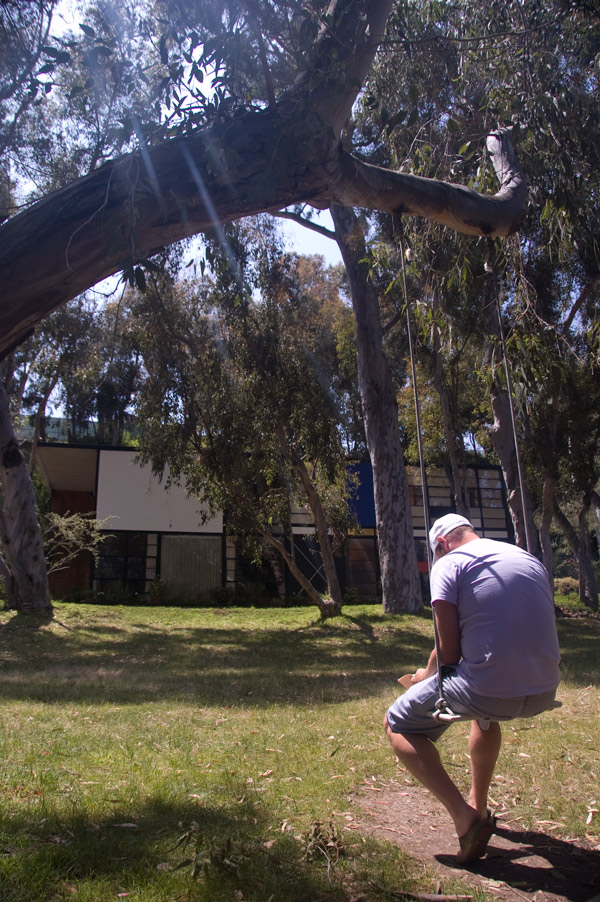 On the 8th of june we left Maui after a great 2.5 weeks. We’d seen a lot, met lots of nice people and did even more relaxing over there. But the time comes that you have to leave. On our way home we did a 3 day stop in Los Angeles, one of the greatest cities I’ve ever been to, if not THE greatest.

In 2007 we did a one week trip to LA (as part of our holiday) and finally after 2 years I went there again. The minute I arrived I was thrilled and excited. This city makes great impact on me because it has lots to offer. It is a carfriendly city, because you can get anywhere by car and park it for free or little cash (do not try this in Rotterdam) and the sightseeing is great.

Lots of billboards, beautiful houses, expansive cars, pretty and ugly people and lots more meet the eye. For me LA is one big creative rollercoaster.

We stayed in the Best Western in Santa Monica. Not as close to the beach as last time, but hey…they can’t all be winners.

The first day we just did some driving. Rooftop open, sunglasses on, ipod connected for some funky tunes (when we’re in the there we have to play The Game and Estelle at least 1 time) and there we went. Cruisin’ LA!

The last time we were in LA we skipped some things so we first went to check out those things such as Rodeo drive and the Beverly Hills sign. You have to be there just ones to get it out of your system. After that we went to see the Capitol Records building. That was great to see! It was even nicer than I expected. 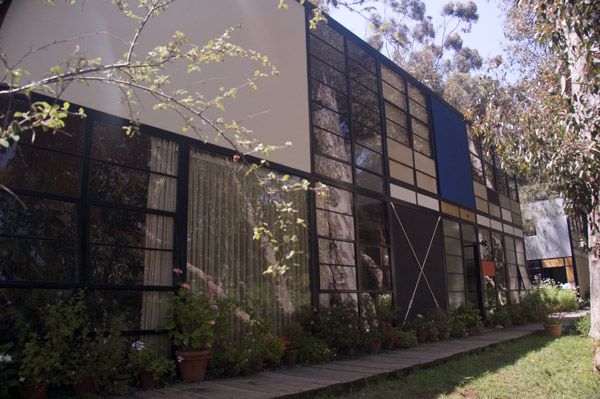 Before we went on holiday I bought the case study house book from the Tashen series. A nice (heavy) book with all the case study houses in it. Most of those houses are in LA and I wanted to check a few of them. The Stahl house for example (I guess this would be my all time favorite house). Designed by Pierre Koenig with lots of glass and the best view in the world. Visiting the Stahlhouse is rather expensive though. I checked if there were any tours but there were not. So we only could visit it if we payed 400 dollars for a private tour.

We had to sign a contract that we won’t publish the pics and filming wasn’t even allowed. On top of that the bedrooms and the batroom should stay closed. So we decided that 400 dollars was rather expensive for what we were getting so we just drove up the hills, took a shot from underneath and that was it! My Stahlhouse experience. After this we did all the sightseeing for one day and took off to Malibu for some relaxing at the beach.

The next day we started with the Getty Museum….WOW!! At first we didn’t even want to go there because it’s quite big and takes a lot of time we thought. And it did, but it was worth the effort all over. This is one great building with an even better view. And the entrance is only 15 dollars with parking included and you can bring your own food. Not that we did, but I was living in LA I probably would spend most of my time here.

After this great experience (I recommend it to anyone who is going to visit LA) we went to see the Eames house, also a case study house and actually the one where Charles and Ray Eames lived untill they died. Those who don’t know them..they were pretty good in designing stuff…

We spoke to the lady who let us in because you actually have to make an appointment to get in, which we didn’t. And it isn’t open the whole week also so we were quite lucky on this one. The house is located at the Pacific Pallisades, one of the nicest areas in LA. It’s impressive to see how the Eames’es really lived there because the house still is precise as they left it behind and the Eames foundation makes sure it stays that way. Pretty cool.

You aren’t allowed to publish any of those pics, but since this is a non commercial website, just one wouldn’t mind..

Our LA trip 2010 ends at Venice beach boulevard. A boulevard which has been the playground in many movies so you feel right at home 🙂 Since I like skateboarding surfing, graffiti and other streetarts a lot a was smiling from ear to ear all the time. What an energy over there!

Los Angeles brought us (again) a great finally to an ever greater holiday!! 🙂 🙂

Check out all pics…