I had the opportunity to help out a friend with starting her own business in ceramics. She makes her own stuff, but also does workshops for people who want to learn the craft.

Her business is called Kerameleon which is the combination of the dutch word kameleon (chameleon) and keramiek (ceramics). She asked for a logo in which the two are combined. Looking on the internet, which always is the first source, for comparable logo’s I found lot’s of logo’s and businesses with chameleon’s so the challenge was to make something that can stand out, is recognizable, fresh and professional.

The result is the logo below. A chameleon which is merged with a a piece of ceramics. The eyes fully focussed on it.

She was happy with the result and I was also 🙂 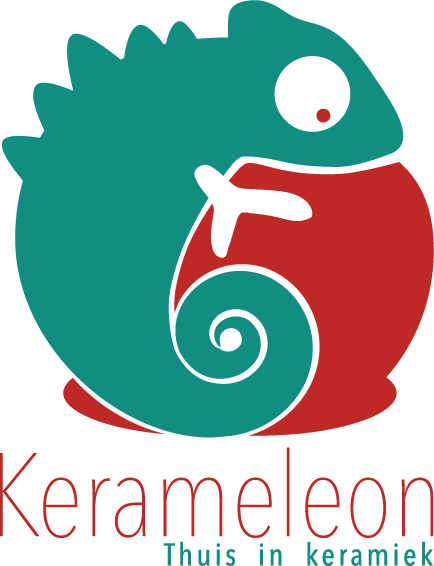